Authorities determine fire on Concordia property to be arson 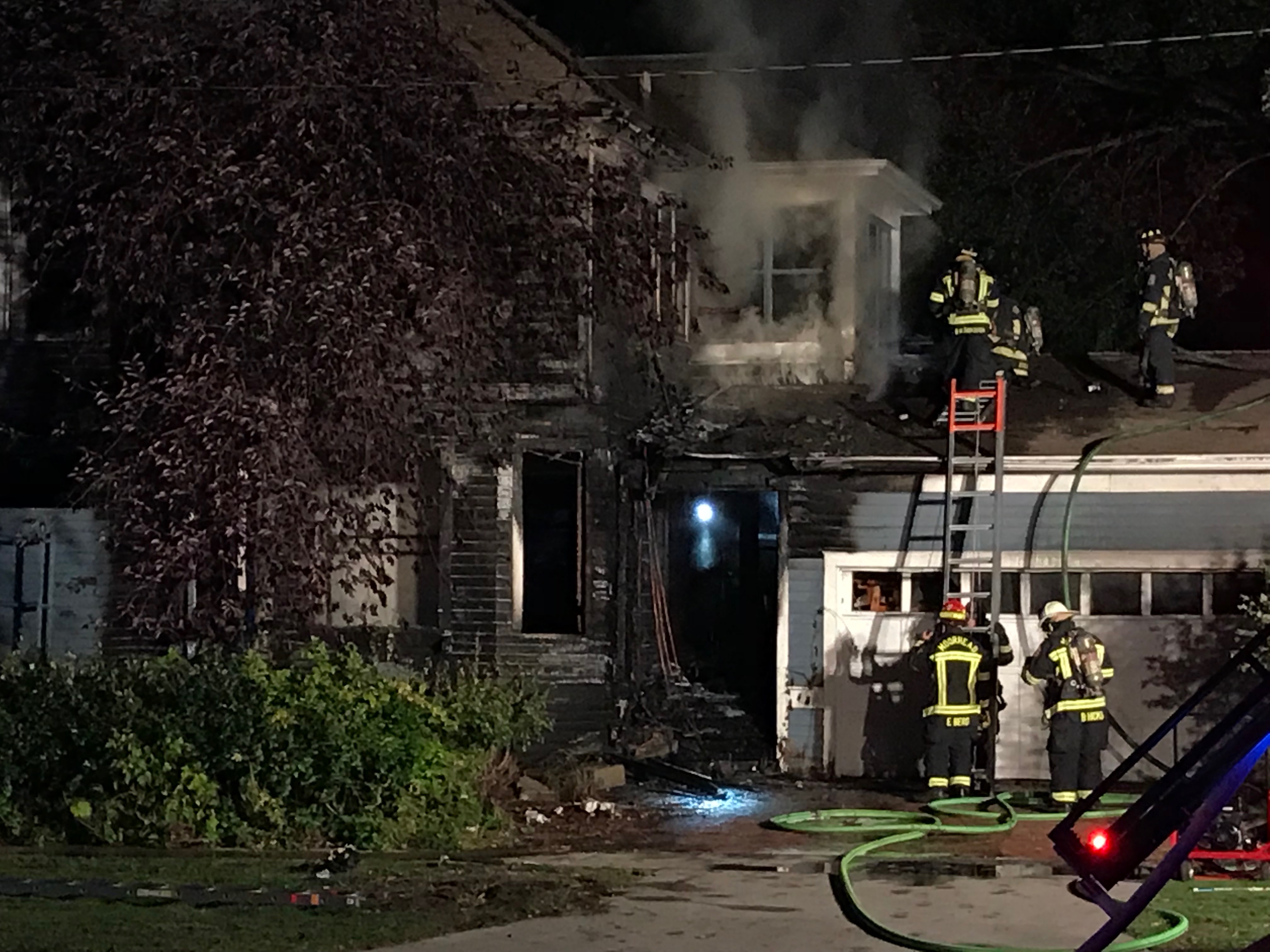 On the night of Sept. 25, several fire crews were called in to tackle a fire near Concordia College. Present alongside firefighters were other first responders including the police department and paramedics.

Authorities were alerted of the situation at 9:36 p.m. by the Red River Regional Dispatch Center, which reports emergencies from both Cass and Clay Counties. When the fire crews arrived at the scene, they found the flames at the house growing quickly, with most of the fire located on the first and second floors.

According to Moorhead Fire Department Capt. Eric Berg, who has worked with the department since 1999, “It was fully engulfed when we arrived.”

Neighborhood resident Lily Farrel said she believed the house on the corner of 5th St. S and 8th Ave. to be unoccupied since its previous owner passed away last year. Berg confirmed that the home was completely vacant. Officials found no people or furniture within the building.

“Nobody lived here,” Berg stated. “The building was owned by Concordia and was scheduled to be (demolished) sometime in the future.”

Concordia College’s Office of Communications and Marketing verified that the house, just a few blocks south of the Mugaas Plant Operations Center, was purchased and owned by the school. The 1,500-square-foot-home had been built in 1902 and was scheduled by the college to be demolished in late October. Even if it was decided to be maintained, the damage by the fire was so extensive that Berg guessed it to be a “total loss” anyway. Concordia had not experienced a significant fire on its property since 2015, involving an incident in Hallett Hall, in which a fire was caused by a cell phone’s battery that overheated and was left unattended in a room.

Neighbors stood watching as the fire department worked to contain the blaze. At the time, authorities did not know what had caused the incident. Mitch Ogren however, a junior from Concordia and witness of the event, noticed suspicious activity before first-responders arrived.

“As soon as I walked out of Fjelstad, I was walking in the parking lot, and I saw these two fireworks going off near the house. They must have been at least twenty feet tall… I was on my skateboard and as I was skating towards Anderson commons, I saw that they stopped, and it looked like a fire had started,” he said.

Ogren said that he did not see who may have been involved in the incident, but he went to the street and was present with a neighbor as they called 911. The flames kept spreading as they waited.

“It started at the front door, and moved into the living room,” Ogren explained, describing how the fire began to grow. “The fire started going upwards, and it was like, five, six, seven minutes later when the police, ambulance, and fire trucks all came.”

The house had four floors, which created a challenge for the department’s ability to contain the spreading blaze. Firefighters used chainsaws to open points on the walls and roof to let smoke out, which helped by reducing heat within the building. They worked until 10:30 p.m. before they were able to completely put out the fire, although most of the emergency services did not leave the scene until 12:15 a.m. An official from the fire department remained there overnight in order to keep the area secure until the fire marshal was able to investigate.

The department announced the next morning that the suspected cause of the fire was arson, however Moorhead Fire Assistant Chief Jeff Wallin said they do not know if the incident was started by an individual person or if there were more people present. The situation is still under investigation by authorities, and the department encourages anyone possessing further information about the fire to contact Fire Marshal Chad Stangeland at 218-299-5433.

Concordia’s annual Campus Public Safety Report provides information regarding crimes committed on campus and school property, as well as recommendations for security practices.  According to the report there have been no cases of arson within the last three years. Concordia wishes all students to be aware of safety issues on campus, and practice safe habits to prevent any emergencies. The Campus Public Safety Office (218-299-3123) is staffed 24 hours a day as a resource for them.