By: Suzanne Redekopp
In: Music, Variety
With: 0 Comments 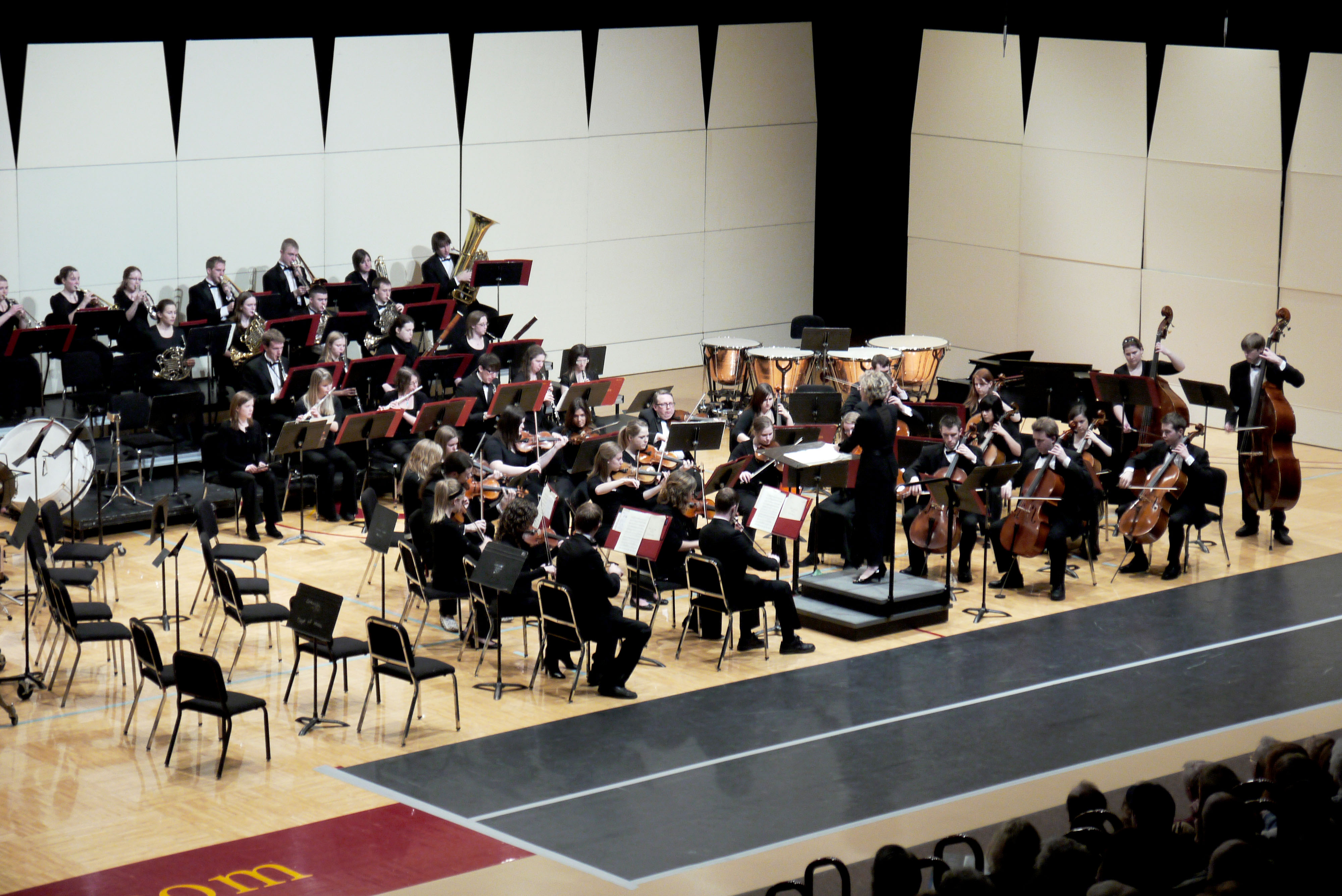 The Concordia Symphonia and Orchestra filled Memorial Auditorium with music during the Pops and Popcorn Concert on Jan. 29. The music ensembles played familiar orchestral selections and surprised the audience with pieces of unexpected entertainment. True to its name, the concert also sold pop and popcorn for concert-attendees.

The concert is meant to be a lighter type of concert that a wide variety of people can enjoy, said Bruce Houglum, conductor of the Concordia Orchestra. Houglum said he enjoys the light-heartedness of the concert.

“The [music] is more melodic and recognizable,” Houglum said. “It’s played for entertainment rather than intellectual pursuit.”

This year was Houglum’s final year conducting the orchestra in this concert, and the festivities included a special surprise from past and present students in addition to other surprises that have become regularities at the concert.

There are always unexpected guest appearances and entertainment, according to Houglum. The biggest surprise gave a glimpse into how Houglum has influenced his students.

Houglum will be retiring at the end of this year, so the concert was one of the last he will conduct at Concordia. Dr. Leigh Wakefield, associate professor in the music department, took the stage before the orchestra’s last piece. He asked the audience to sing, “Happy Retirement to You,” set to the familiar tune of, “Happy Birthday,” but then announced that the piece would be better performed with horns. At that moment a surprise horn ensemble, comprised of Houglum’s former and current students, gathered onstage at Wakefield’s cue.

Houglum thanked everyone for the surprise and said he would cherish the memories in the years to come.

“Mr. Houglum’s an incredibly patient and well-rounded musician,” Rice said. “Working with him has been fantastic for all four years. He’s worthy of being called inspiring.”

Other appearances at the concert included visiting dancers from the Red River Dance and Performing Company and a very special guest, the Concordia Angel. The Concordia Angel is portrayed by a male member of the orchestra and has come to be a tradition at the concert. This year he paraded onstage in a white tutu and sparkly fairy wings.

Kent Loken, also known as Voldemort, the associate director of music organizations and manager of instrumental ensembles, said it is fun to see everyone’s reactions to unexpected appearances.

“The costuming and creativity behind choreography is all in good fun,” Loken said.

The Music Department keeps a list of archived footage of various concerts, including the Pops and Popcorn Concert, so whether someone missed the concert entirely or would like to relive the experience, they can watch the recorded concert anytime online.