History is made while we are in the classroom 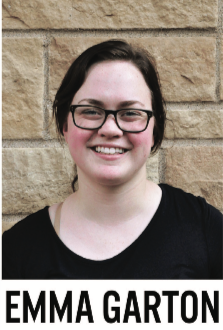 Disclaimer: I wrote this article on Friday, Sept. 28, one day after Dr. Christine Blasey Ford’s hearing. I was angry, sad, frustrated, disappointed and probably any other negative adjective you can think of. I still am all of those things, but on that day, as you can imagine, the feelings were rather fresh. You pick your battles, and this is one I think I have the power to fight. Some things may sound harsh. They are harsh. But I truly believe in the validity of what I’m saying, and I hope the harshness will not turn anyone away. I urge the professors who read this to step back before brushing my words off. This is not a personal attack on any one professor, but rather an observation of a paradoxical relationship between our college’s outlined goals and our actions. I made the decision to leave this article as it is for a few reasons, the biggest of which is because I feel as though the anger I felt in that moment (as a female and as a student of Concordia) is a necessary piece to understanding the importance of what we, as a college, have failed to do.

Becoming responsibly engaged in the world. I’ve written about this before, and I will write about it again. We are not nearly as dedicated to this concept as we claim to be. I’m no Mother Theresa, no fierce political advocate, no current events expert. I am not constantly BREWing by any means, but I don’t think that’s the point. We don’t need every single one of our actions to benefit the greater good or to impact the world at large. That would be a pretty damn exhausting life.

BREWing, in the context of life at Concordia, means doing more than just studying while you’re in college. BREWing means knowing that case studies and proofs aren’t as important as some of the things going on in the world around us. BREWing is paying attention to historic moments, even if they might interfere with your usual plans. And guess what, BREWing isn’t just for students.

Professors, regardless of your department, your classes or your syllabus, if you did not forego normal classroom activities on Thursday, Sept. 27, the day of Christine Blasey Ford’s hearing, shame on you. Shame on you for being so irresponsibly engaged as to think that covering chapter four was more important than such a pinnacle moment in our nation’s history. Regardless of if your students showed any particular interest in watching the hearing, it is part of your job as a professor at this college to encourage them, to teach them, to care about these things.

I know that the content in classes is important, and I know you all have things you need to get through in a semester, but adjustments can be made to allow for those things happen. Don’t let school get in the way of your students’ educations. To deprive them of the opportunity to watch Thursday’s hearing in real time is selfish and egotistical.

Just a few weeks ago, Concordia hosted it’s 2018 Symposium event with the theme of “Power Plays: Why Gender Matters.” Throughout the day, campus held a variety of speakers with several topics, some of which focused on women’s rights and sexual assault movements. Shortly after, this hearing occured. From my understanding, the college is frequently trying to think of ways to get the discussions that go on during Symposium to go further – for curiosity and learning to be sparked by the event, and then carried on in other ways. How can we claim to care even remotely about this year’s focus if we did not take the time to pay attention to very real applications of the things we learned and the conversations we held?

Professors on Thursday who did not take even a second to discuss the hearing, you denied your students and yourself a chance for growth and discussion, and quite frankly, you should reevaluate your priorities and goals for your students.