Cobber rings aren’t worth it 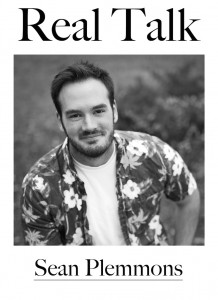 Cobber rings aren’t worth it. I will say it now, and I will say it when I come back for my 50th reunion when senses of nostalgia are running high, but I won’t ever regret my decision not to get a Cobber ring.

By now, it has become apparent what a Cobber ring is, partially because it has been shoved in my face too many times to count. But I have never been attracted to the oh-so-holy class ring.

I have never heard solid reasoning for getting a Cobber ring. First of all, I think class rings in general are not worth the vast amounts of money they are sold for.

If some of us are claiming to be poor college students, then why would we be so willing to shell out more than $600 for a piece of jewelry? And that’s just the base model.

As soon as a Cobber leaves the Concordia bubble, where else is someone going to recognize it? Sure, you could run into an alumnus somewhere, but I don’t know of many non-alums who even know what the Cobber ring looks like, let alone those who give an advantage for a job just because someone could afford a class ring. I don’t believe there is a strong networking value to it, if at all.

I believe if students here need to make a statement with a Cobber ring saying, “I’m good enough for this job,” then what is the point of going to Concordia at all?

If putting down the name of Concordia and other things you have learned here on a job resume doesn’t make you competitive enough, so much so you think you need a ring to change that, then you may need to reevaluate your job prospects.

There are some ways class rings can be useful. My dad, who owns both his high school and college class rings, told me a story of one time where his University of Georgia ring came in handy (it was once mistaken for a Cobber ring at Gustavus when a Concordia alum saw it, attests to how recognizable it truly is.)

My dad said one day he was cutting wood with his chainsaw and a log accidently rolled onto his ring finger as he was stacking the wood. He said his UGA ring prevented his finger from being crushed. So, there you have it, not only did his ring, a ring from a college in the southeastern United States, get mistaken for a Cobber ring, but it also stopped his finger from getting crushed. Maybe rings are good for something after all.

I don’t want anyone to think I will look lesser on someone because they got a Cobber ring. I respect the decisions of others, especially if they have a good reason for getting a Cobber ring. Say, for instance, if the rings have run in the family for five generations, then of course there is an obligation to get a class ring.

But if your only reason is, “It’s just, like, a thing that people do here,” or “It’s tradition,” then I want you to seriously look into why you want such an expensive investment in the first place.

Students shouldn’t feel obligated to get a ring, and I know that many do not. But for the few that feel like they are pressured into getting one, know that you have a choice. If Concordia has taught you anything, it’s to think critically, especially when it comes to the reasoning behind a cobber ring.

One final argument I have heard in favor of Cobber rings is they represent the times and experiences that embody Concordia.

If you have to spend money on something, spend it on experiences, not rings.

Everyone I have met here and all of the experiences I’ve had here will be stored in two places: my head and my heart. I don’t need a ring to validate those things.